People now reside in a high-tech environment. Our lives now include technology. A regular man still encounters several issues in daily life, which causes their way of life to become highly busy and frantic. After pandemic lots of thing has been changed, people become more aware related to health. In some parts of the world urban planning needs to redevelop, in city we can see only a concrete jungle it is very difficult to find open and recreational space.  The city is where the river flows, but the river was not considered a part of the lifestyle. I’d like to describe the idea of a riverfront in this blog and the advantages that come with it.

In 1961, the city’s leading residents made the first plan for redeveloping the riverfront. In the 1960s, French architect Bernard Kohn suggested creating an ecological valley in the Sabarmati basin that ran from the Dharoi Dam to the Gulf of Cambay. (Information Source : Wikipedia)

WHAT IS RIVER FRONT

In general, cities with river flow also have established spaces where the river may become the city’s identity and address a number of issues such as lifestyle, health, transportation, and many more. A city’s riverfront might act as a link between two areas. For instance, Ahmedabad has a highly well-known and well-liked past. The old city of Ahmedabad is located in one of the two sections of the city that were separated by a riverfront.

USE OF RIVER FRONT 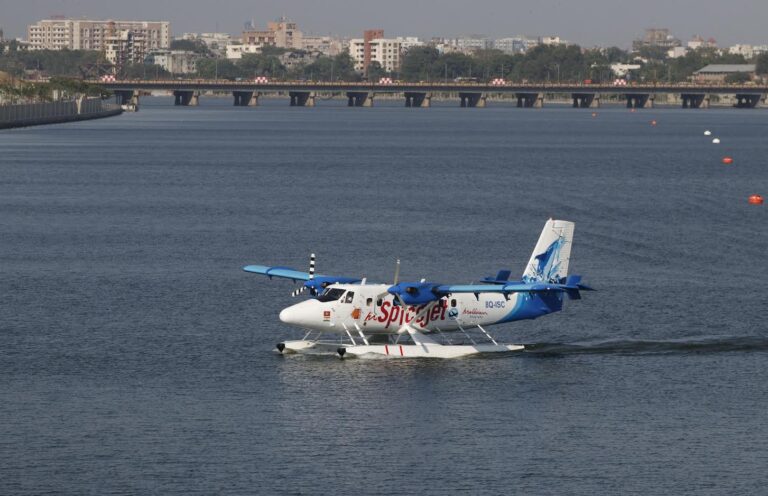 In the river shot, it is clear how people use the river as a way of life, with boating and other activities taking place nearby. Riverfront provides a solution to issues like traffic. Two parallel roads are shown in the image; one is used by all sorts of vehicles, while the other is solely used by private automobiles, which is an excellent illustration of traffic segregation. The primary route, where there is a lot of traffic as a result, has become quite crowded; nevertheless, the minor road that runs parallel to the river has more movable traffic and fewer traffic signals. By making good use of the riverside, FSI may establish a vibrant culture, skyscrapers along the river’s edge, and contemporary infrastructure for the city.

Airports in major cities are growing increasingly crowded, to the point where some, like Mumbai, need to have two airports in separate locations inside the same city. A tiny bit of airport traffic may be diverted by encouraging the seaplane idea, which in my opinion is a solution that the river can provide. The Ahmedabad government has attempted to create a riverside water aerodrome for short flights.

The city’s riverfront can contribute to a healthier lifestyle. A well-designed riverside offers a variety of additional uses for the space, including running, yoga, and many other activities. It is surrounded by greenery and recreational areas. If there is a hospital along the river, as I said in the previous paragraph regarding the traffic issue, it becomes a simple access for an ambulance in a zone with less traffic.

3 responses to “A RIVERFRONT.”