HOW HEALTH AND URBAN DESIGN ARE INTER RELATED

The idea of ‘health’ and ‘place’ being related is ancient.

The city of Bath, England- Stand for a new class of urban centers, spas, and seaside resorts, which focused on the provision of health and leisure, and which often looked to Bath as their model. Rome, Europe-It was Roman engineering in the centuries before the Common Era that endowed towns and cities in their empire with the most sophisticated water systems to date, bringing clean water from long distances to their settlements, adding water fountains and public toilets near town squares, and encouraging cleanliness through the many public baths. Moreover, Vitruvius’s classical book on architecture (Morgan 1960, p. 21), included advice to town builders to make sure their settlements were not sited near the marshy ground, which were known to be prone to fevers and ague, probably what we now know as malaria. These technical advances in various early civilizations were often forgotten or ignored by subsequent urban builders.

It was well known throughout history that urban places were less healthy than rural areas and from the seventeenth century, some individuals provided quantitative evidence of these differences. This was largely because of their densely packed and unsanitary conditions, which made their residents especially prone to diseases. So the very creation of these unhealthy man-made environments was responsible for much of the increase in morbidity and mortality.

PRINCIPLES THAT CAN LEAD  HEALTHY URBAN SPACES AND CITIES

Built and natural environments are major determinants of health and well-being. Planning in local authorities plays a key role in health and well-being and we must encourage efforts to create healthier food environments, planning proposals that promote healthy and vibrant communities, housing built with health in mind, and healthy lifestyle opportunities.

Principles that could help to produce a healthier urban environment:

1. Create compact neighbourhoods- Designing a neighbourhood should be such a way that it should be friendly to travel and live for the people. It should be compact as well as sustainable to support a healthy lifestyle.

An approach to create compact neighbourhoods- Melbourne city sets out to create a city of 20-minute neighbourhoods. A strong and sustainable community can be supported by 20-minute neighbourhoods, where residents have easy access to local employment, services, amenities, social infrastructure, green space, a variety of housing options, safe walking and cycling networks, reliable public transportation, and a vibrant social and cultural life.

Of course, the built form of individual neighbourhoods will vary. However, a planning system based on the 20-minute neighbourhood, is a place-based design approach that has the potential to lead to improvements in public health and well-being as well as social cohesion, and a part of this is an increase in the efficiency of transport and active travel network.

Maximizing active travel to create a healthier city can be achieved by:

More than walking and cycling: What is ‘active travel’?

3. Foster health in homes and buildings

A healthy city starts with healthy housing. Housing should be adaptive to all seasons, safe, and affordable for citizens. 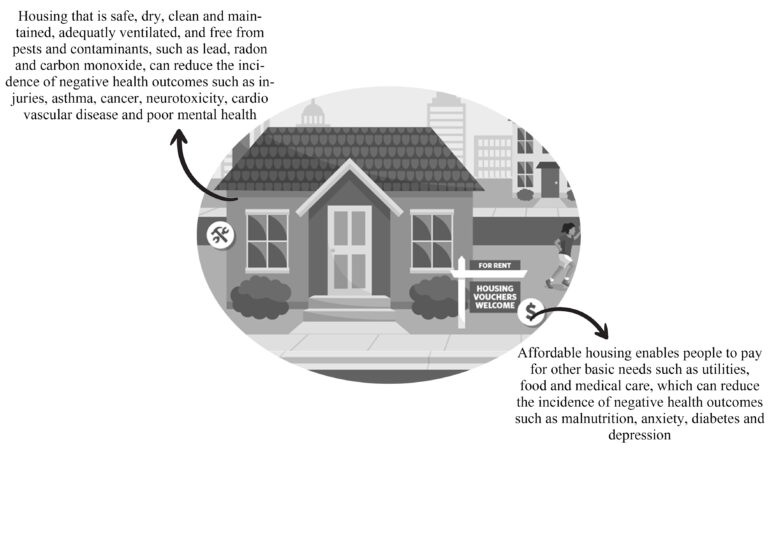 Access to open spaces and leisure and recreational facilities has direct and indirect impacts on people’s physical and mental health, but can also enable people to build social capital. Green space has been linked with reduced levels of obesity in children and young people in America (Liu et al 2007). There is also strong evidence that access to open spaces and sports facilities is associated with higher levels of physical activity and reductions in a number of long-term conditions such as heart disease, cancer, and musculoskeletal conditions (Department of Health 2012).

New York City is quite a good example of having a lot of urban green spaces that support to have healthy leisure and recreational activities. The city is engaged with many interesting and famous parks and plazas.

There is a strong market for additional office space in the central business districts of many cities. The Zoning Ordinance of New York City set limits on the height and bulk of office buildings. Permission to build more office space than zoning allows is worth money to developers. New York City awarded developers “density bonuses” allowing them to build more office space if the private developers agreed to provide park and plaza space at street level. They granted enough additional square footage that almost all office developers participated in the program. In total, by1972 some twenty acres of the world’s most expensive open space was allocated in New York (Referred from the Book- “The Design of Spaces” from City: Rediscovering the Center (1988) by William H. Whyte)