Sustainable Transport and the Climate Change.

On the 27th of October, we had a lecture with a guest lecturer Alan Wann, about sustainable transport. I have found this topic extremely interesting because I consider myself an environmentalist. Climate change and the Global Warming that accompanies it, become a big problem for all mankind. 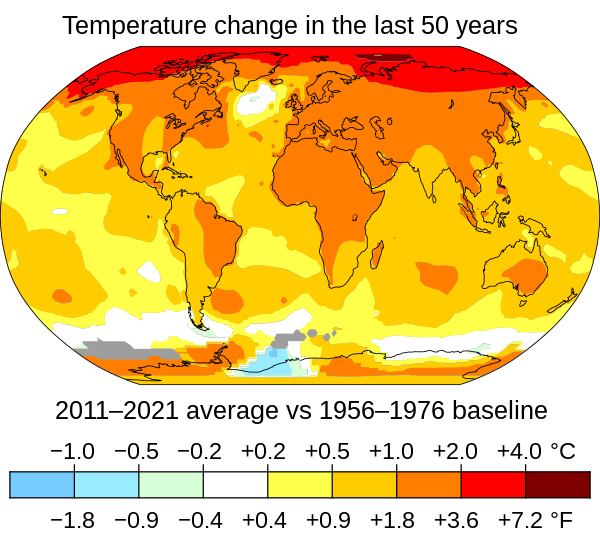 Unfortunately, some do not even realize its scale and the danger that threatens all of us. I believe that the global transition to eco-friendly modes of transport is one of the needs that must be taken in order for our children to have a future.In that lecture, we discussed what actually sustainable transport means, what would a sustainable transport system look like, how can existing transport systems become more sustainable and discussed what are the main modes of transport/travel.
One of the facts that upset me was that in England people prefer walking mostly when the distance, they have to cover is under one mile. Of course, some of the interviewees also walked when the distance was under 5 miles, but when it was 5 and more miles, everybody used a car. 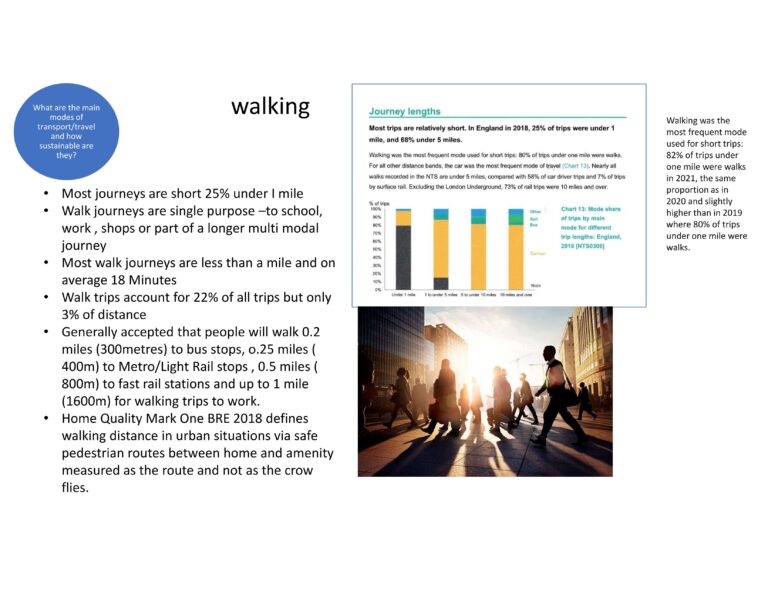 Cycling in its turn is an even less common mode of transport. In England, cycling trips make up only 2% of all trips and are on average 23 minutes. For comparison-in England, only 4% of people cycle every day, but in the Netherlands, this figure is 43%. 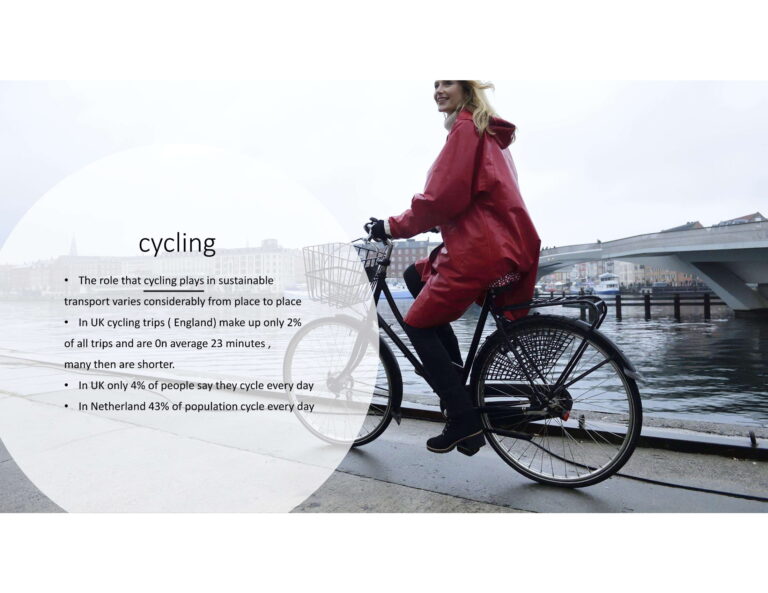 As our lecturer said, in the Netherlands, there is such a well-developed cycling infrastructure because there was a massive movement of angry parents who demanded safe cycling roads as their children were often involved in road accidents. I find it absolutely sad that in order to achieve safe and well-developed cycling routes, so many people have to experience grief. Of course, in the Netherlands cities are more compact, which is making cycling more convenient and therefore more popular, but a lot of European cities are compact as well, especially in comparison with American, Asian or Russian ones.  Maybe these facts are a sign for all urban planners to start acting immediately?
In the UK, 59% of all public transport journeys are made by bus. However, bus patronage has declined during the last few years, for many reasons, one of which is car ownership. It is generally accepted that buses are a sustainable mode of transport as they carry many people. Nevertheless, almost all bus sector(about 40 000 buses) is still focused on diesel. 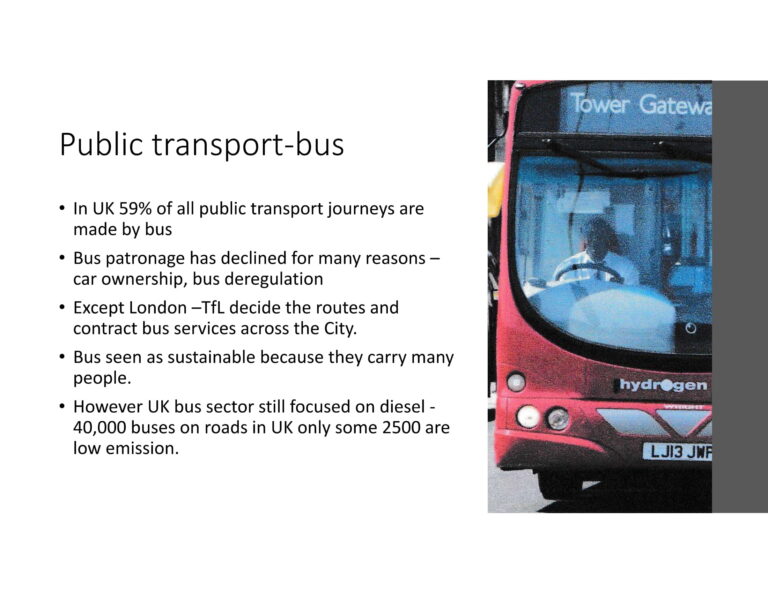 For instance, in my home country (Moldova), where is no possibility to build a metro network due to underground tunnels and catacombs stretching under the entire city, people mostly use trolleybuses as public transport, not buses. I think that it could be a great replacement for diesel buses.
During the lecture, we were shown very impressive diagrams related to fuel consumption around the world. To be honest, I was shocked to see some indicators, at how indifferent people in some countries are to the environment. 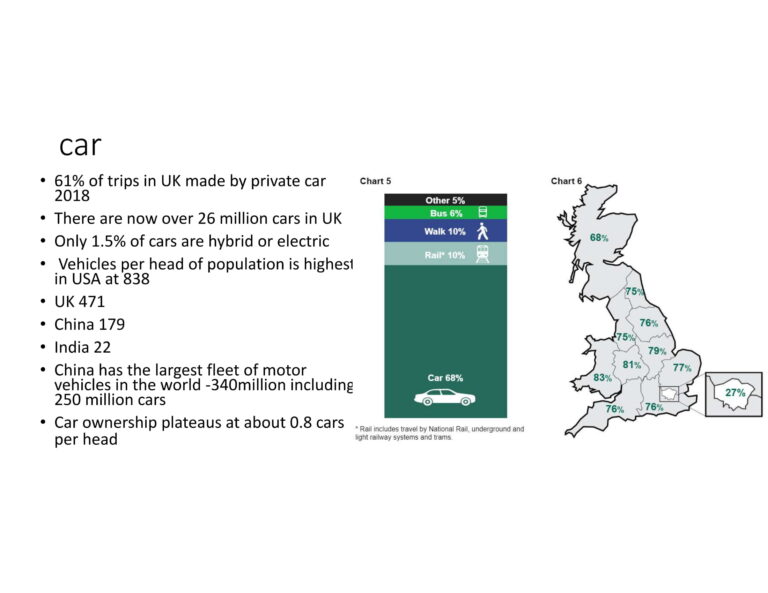 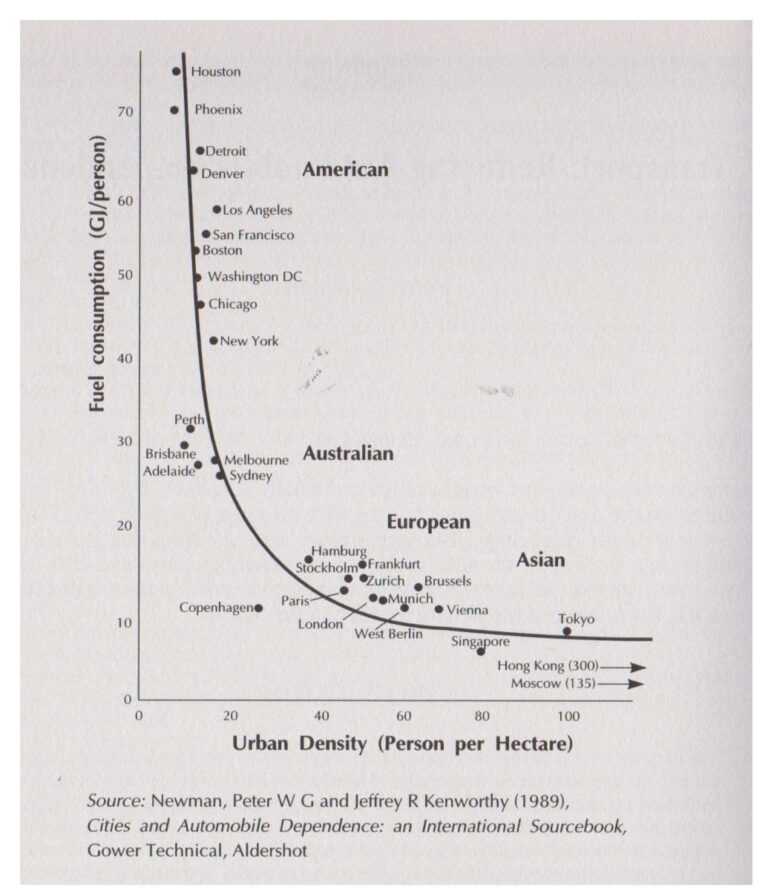 Both slides are soursed from TCP8090 lecture slides provided by Alan Wann.

I always realized that there are too many cars in America, but I never thought that there were so many. I lived in Texas for a while and have been to Houston more than once, and I understand why this is so. Firstly, because the majority of cities in America are planned very spread, everything is located at great distances from each other and the automobile is at the top of the hierarchy in urban planning, so, to live without a private car there is extremely inconvenient. Secondly, gasoline is cheaper there for people, thanks to which Americans are less likely than Europeans to think how to save on gasoline. Thirdly, governments do not promote a healthy environment,therefore, there are people who do not even realize that danger is hanging over them. Fourthly, the terrible heat. If you remember that in America everything is at a great distance from each other and imagine that this distance you need to walk at 40 degrees Celsius, it becomes clear why people do not want to walk. Definitely, the last argument is not applicable to every American city but nevertheless, in hot cities like Houston or Dallas it remains one of the main factors that increases the percentage of car owners.
As you can see, there are cities in the world that are absolutely not suitable for pedestrians and cyclists, and I believe that the main changes in their favor should be applied in such cities. However, we should not forget that we must continue to intensively develop the environment for eco-friendly modes of transport where we live and do our best to prevent Global Warming. Only together we can save the planet.