The Record of My Journey: North Shields and South Shields

I am a student of the Master of Architecture, and the design project have been started already.

So, I wanted to upload the post to share my first impression about the site visit (North Shields and South Shields where could be the site of my design project) as an ice breaker. 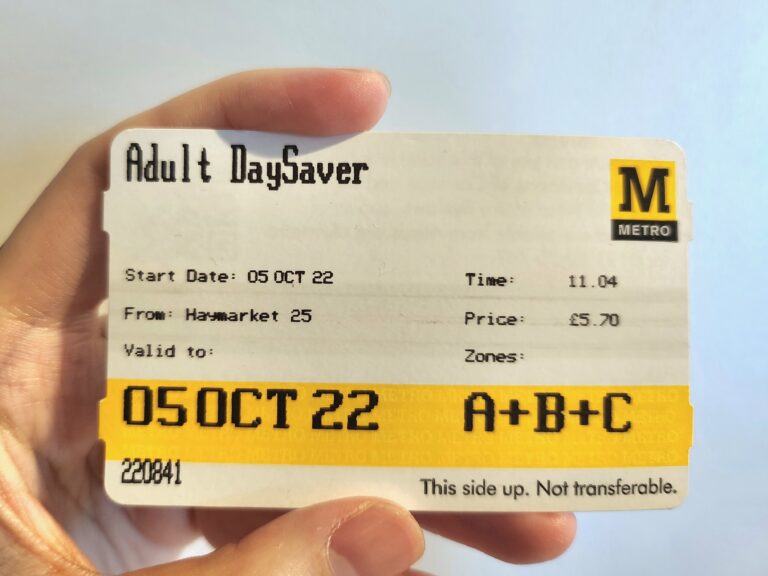 Recently, I visited North Shields and South Shields where are near Newcastle (the UK) with my studio mates. We took the metro for a long time and arrived at the town of North Shields.

The wind was blowing hard with a little salty smell, and white seagulls flew overhead. It was so a small and quiet place that I didn’t know if it was the town centre or not. We walked down the street following the salty smell. We continued to walk along the road and felt the sound of running water creeping in nearby. 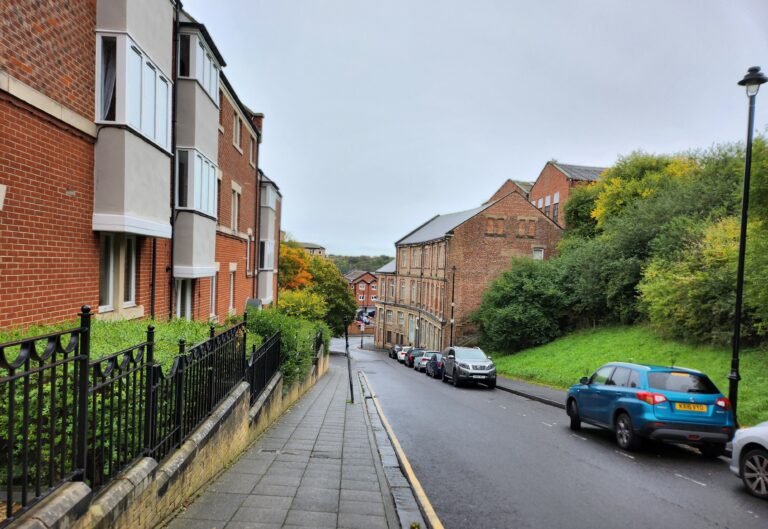 Soon after, the water spread out in front of us. We arrived at the quayside of North Shields, located near the point where the Tyne River and the North Sea meet. Several boats, believed to be fishing boats, were anchored by the pier. There was a strong smell of the sea, but there were no fishermen. They might have already completed the work early in the morning. 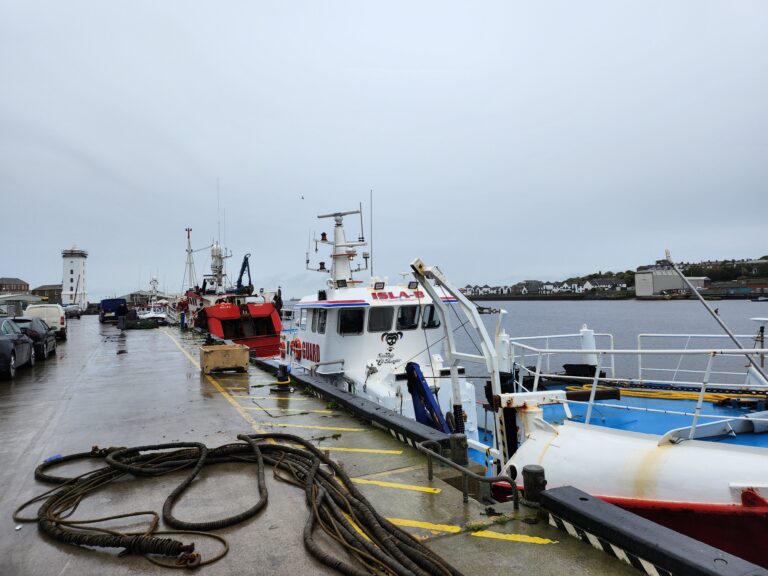 There were pubs and restaurants lined up around the pier, and it was easy to find standing signs on the streets that mentioned offering fresh seafood at low prices. But most restaurants and pubs were quiet with no customers, and a person, who did not know whether he was an employee or a boss, cleaned and cleaned his restaurant in expectation of customers coming one day, and another shopkeeper was watering a flowerpot in front of the shop. 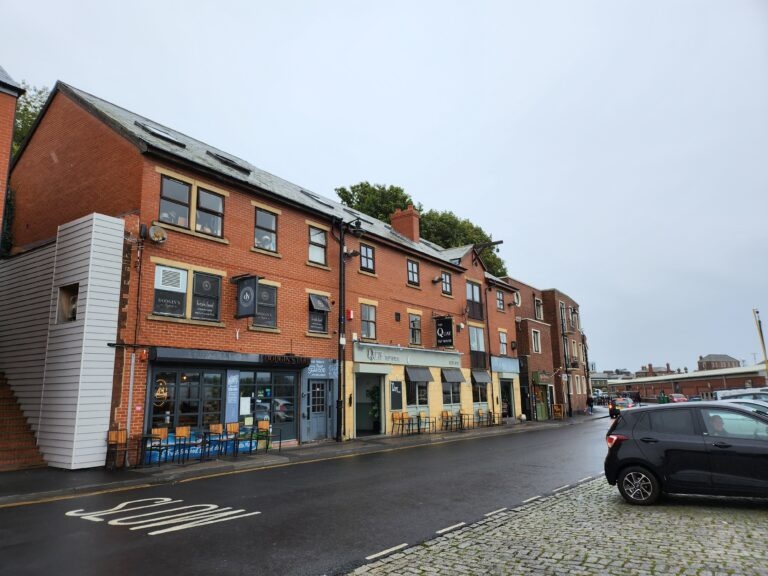 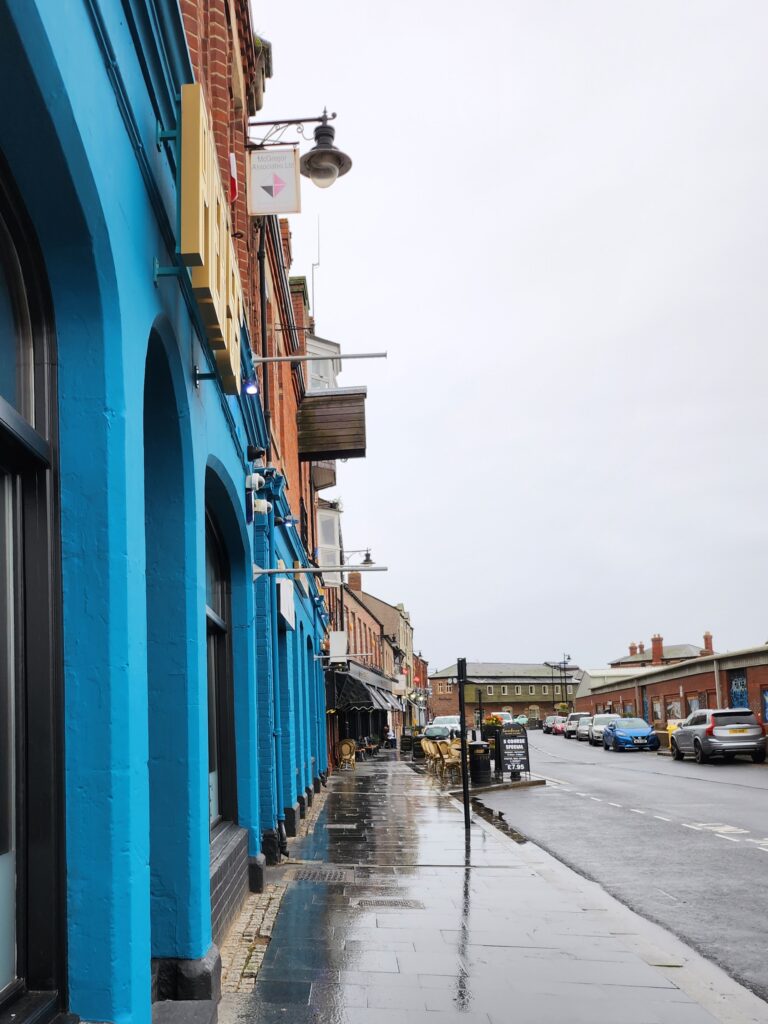 Standing by the pier looking at the end of the river in the wind, we could see the neighbourhood across the river, and it was South Shields. The Tyne River flows in between North Shields and South Shields, the two towns are close but distant. However, the ferry connecting the two towns has been in operation, and the two-town people have been constantly interacting through the ferry. We decided to take the ferry to visit South Shields. The ferry dock was hidden in an alley between a red brick building and a stone building. 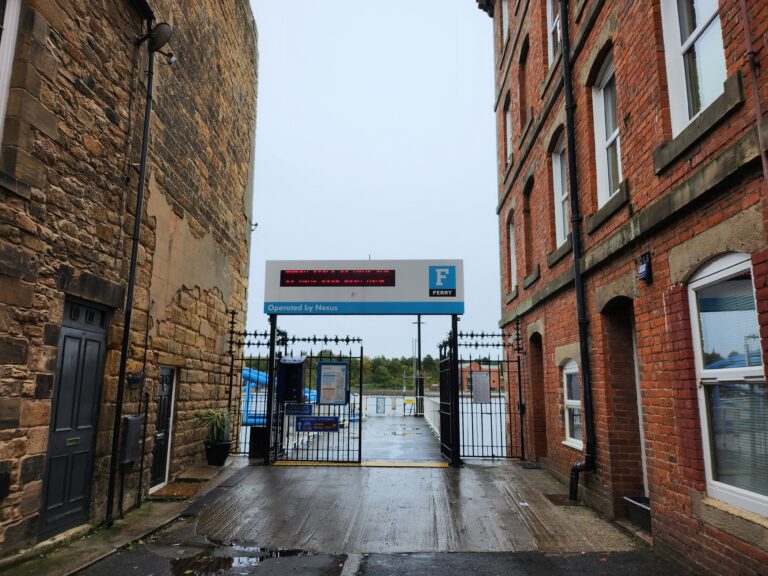 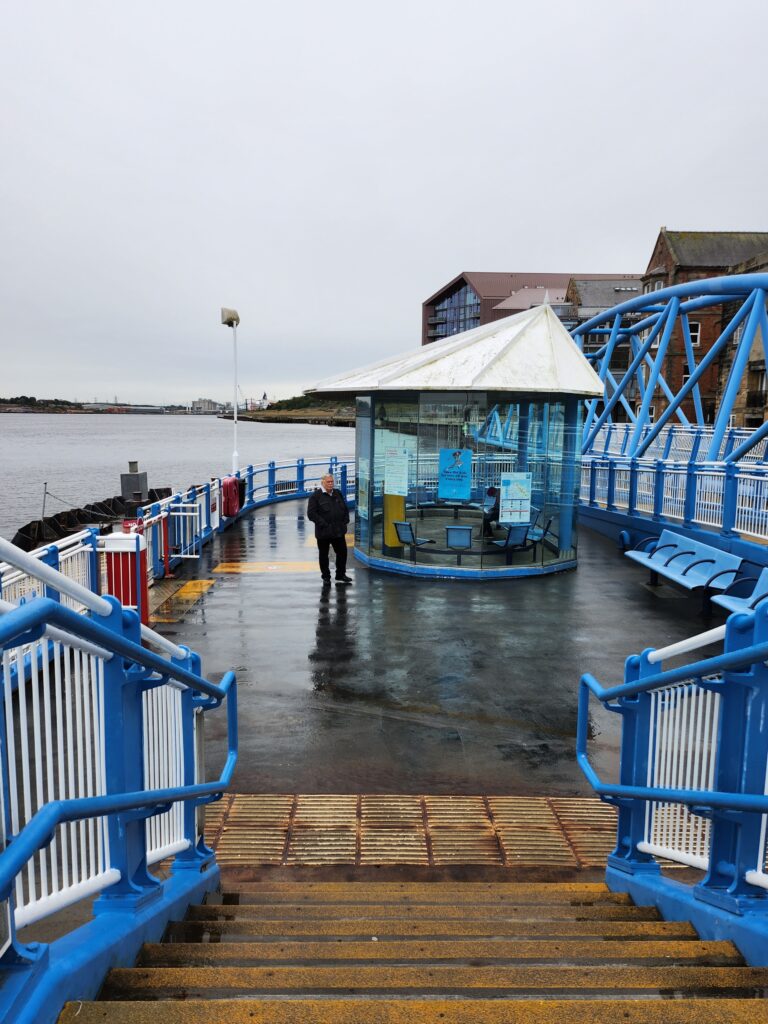 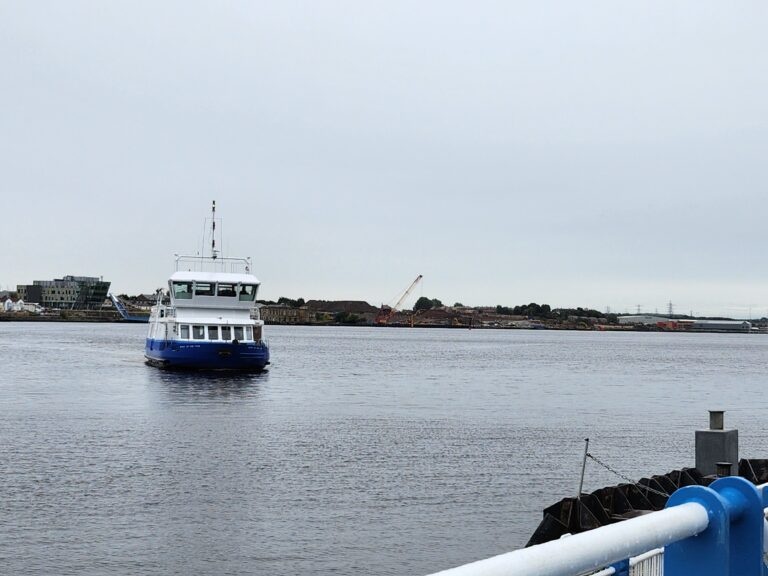 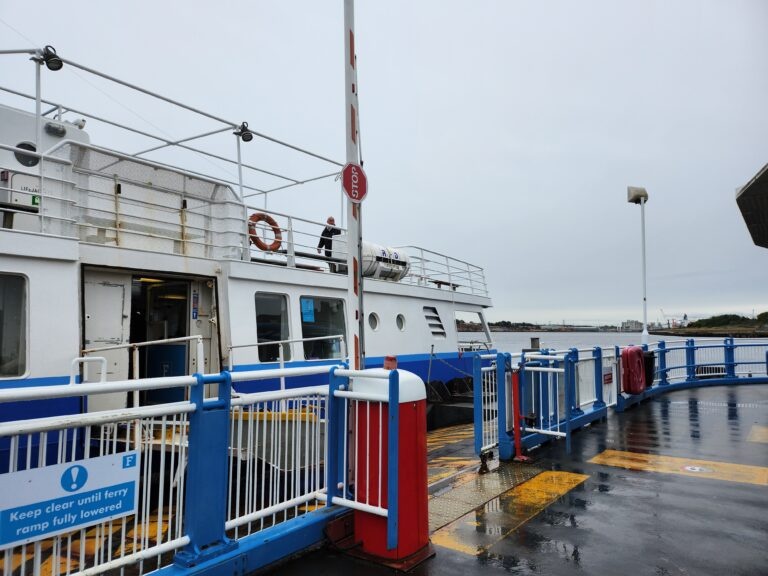 We took the ferry and after about 5-10 minutes, we arrived at South Shields. After arriving at the ferry dock of South Shields for the first time, I felt that if North Shields was a cosier town, South Shields seemed more developed and open. We walked towards the town centre nearby, there were quite many few people walking along the street, and they were also spending time chatting and drinking a cup of tea with their friends at the table outside of the cafe and restaurant. The town looked lively.

We kept walking past the town centre toward Sandhaven Beach. When we arrived near the beach, a large park appeared in front of us, named Marine Park. We walked along the path where the trees stood on either side and encountered an artificial lake at the end of the road in the park. The lake was named Yachting Lake, and there were several swans and mallards living in it. There was an island-like garden space in the middle of the lake, and several flippers were floating around it. The stroller-drawn couple, grandmother, and grandfather were walking around the lake together. 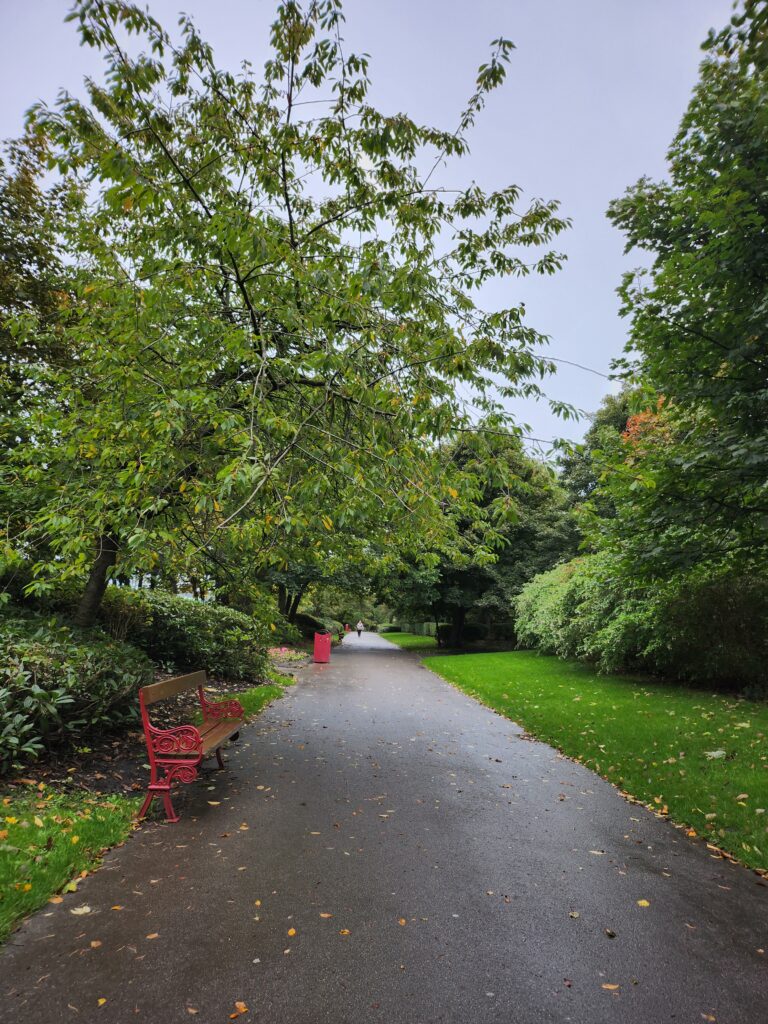 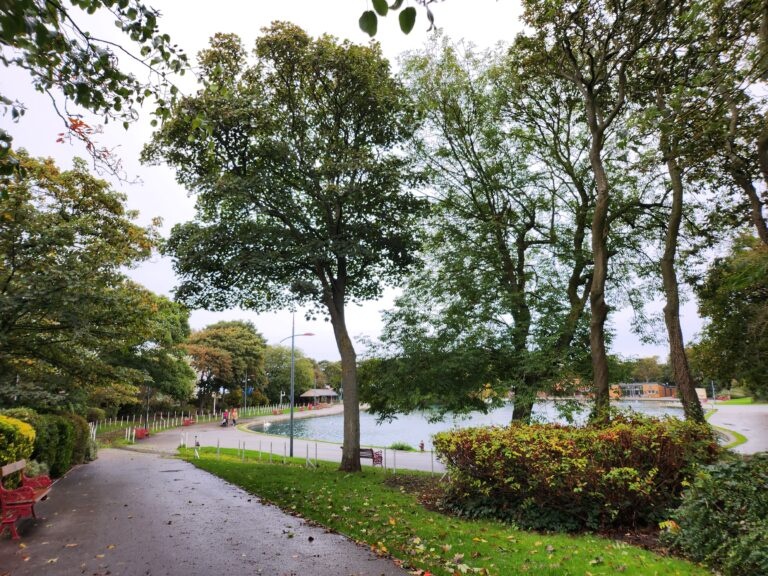 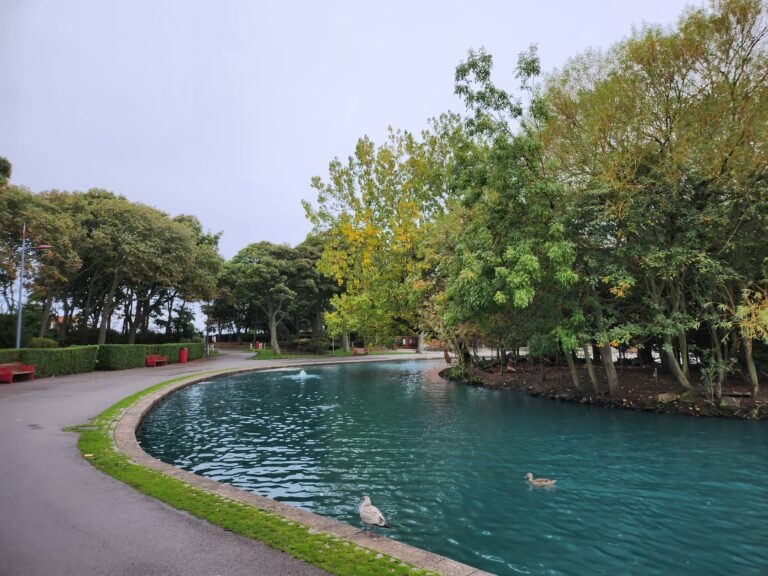 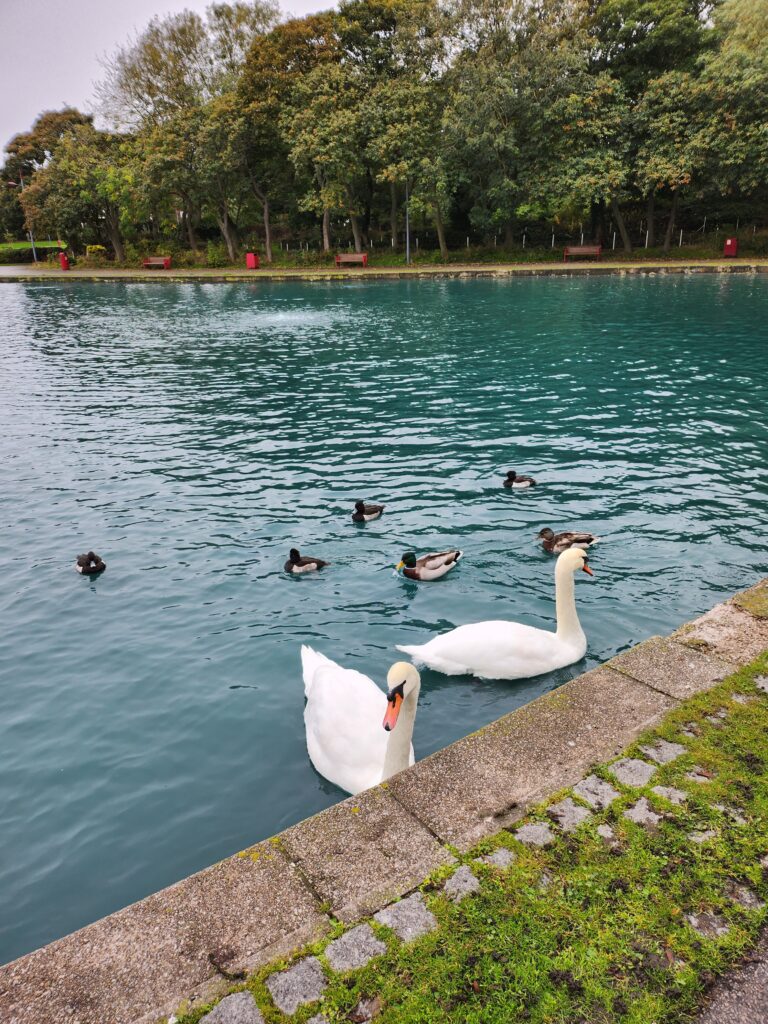 We walked out of the park and moved to the beach road of SandHaven beach, we could easily encounter dog walkers and joggers. The street was well organized and pleasant, cool winds continued to blow there, and calm waves were waving in the sea. On the sandy beach, two large dogs that came out for a walk with their owners were running around and playing excitedly, and some people were walking along the sea. We turned to the town centre and there was a swimming pool right next to the beach. Many young children and villagers were swimming in the pool, and parents waiting for the swimming children were sitting in window chairs looking at their kids. 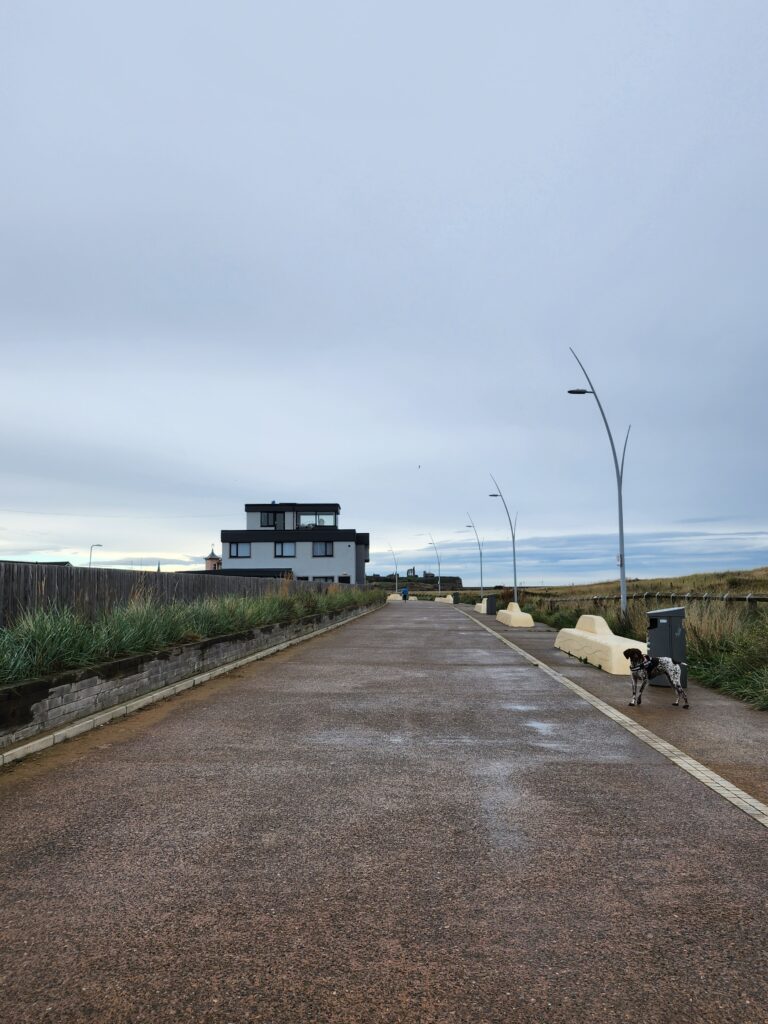 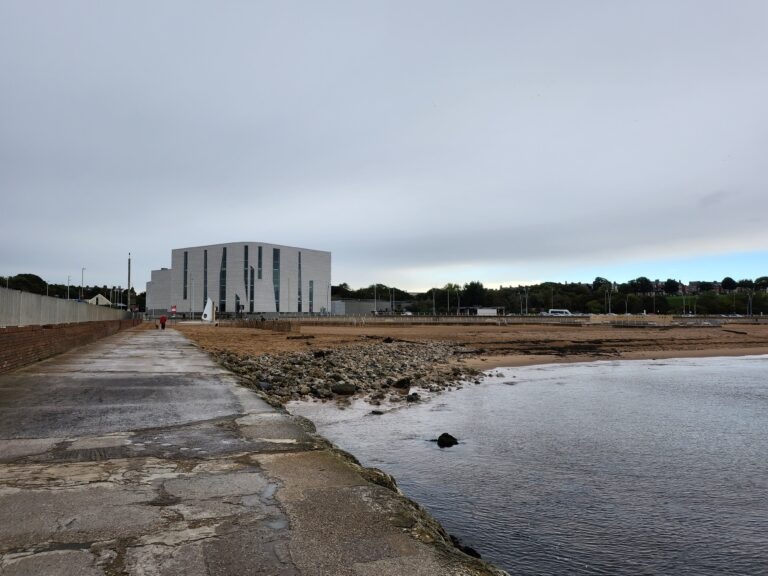 These are the scenes I saw when I visited South Shields and North Shields, the residents have been living so close to the water in their life. It could be good to have time to think about how to use water in diverse forms in your life, and how we can use water more wisely.