Urban Squares- An Identity of the City

The changing economic and social conditions result in people shaping their environments. With the rise in the urban population, the physical structure of the cities has changed. As the number of people increases, the infrastructure demand also increases affecting the cityscape and its open public spaces. 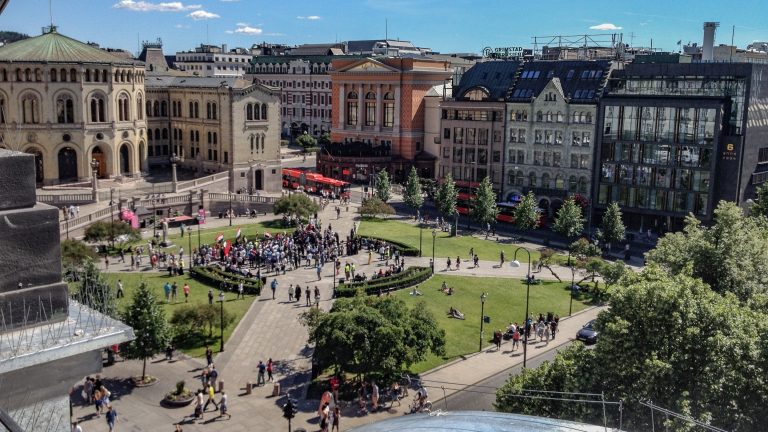 © Copyright Gunnar Ridderström and licensed for reuse under this Creative Commons Licence.

Moreover, one of the vital public spaces in the urban environment is urban squares. These are the open spaces that showcase the cities’ identity, community culture, and history. Here, the communities gather, and urban life creates itself since ancient times. But during the last few decades, the public spaces are changing, and urban squares are losing their identity. The city feels disconnected and meaningless without urban squares,. Hence, it is important to revive the concept of designing urban squares with the changing dynamics of urban life. 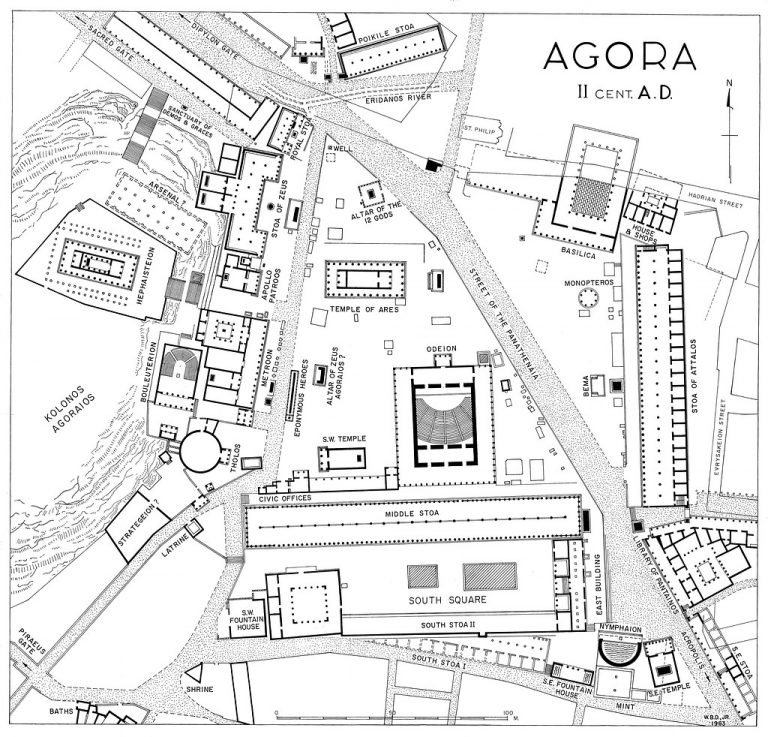 © Copyright – General Plan of the Agora in the 2nd century A.D. by W.B. Dinsmoor, Jr.

The earliest city planning started around 6000 years ago and squares were designed at crossroads of significant trade routes. Likewise, a common example of the urban square in ancient civilization is Greek’s “Agora”. Agora was an open place in the city center where all kinds of gatherings and activities took place. Similarly, during Roman Empire, the Roman Forum was an urban square that was a combination of agora and acropolis as it hosted more activities.

Moreover, during the industrial revolution railway network was set out. Also, Industrial areas started emerging near cities attracting more population. This resulted in women becoming more participant in the city resulting in the emergence of shopping centers, bazaars, and department stores. Instead of urban squares, open green spaces started to emerge. Also, the automobile industry grew leading to the clearing of squares to create crossroads. Therefore, urban squares started losing their value until recently when designers started revisiting the old techniques to revive and restore the cities.

Urban Square According To Camillo Sitte 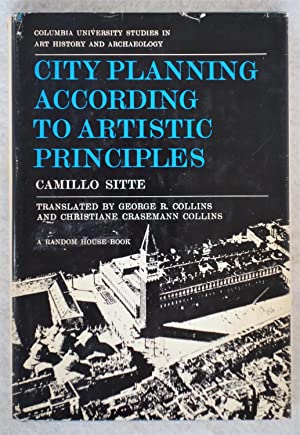 Camillo Sitte, in “City Planning According to Artistic Principles” focuses on criteria for designing urban squares. Some of them are mentioned below:

Some of the other criteria which can be added to these in terms of functionality are: 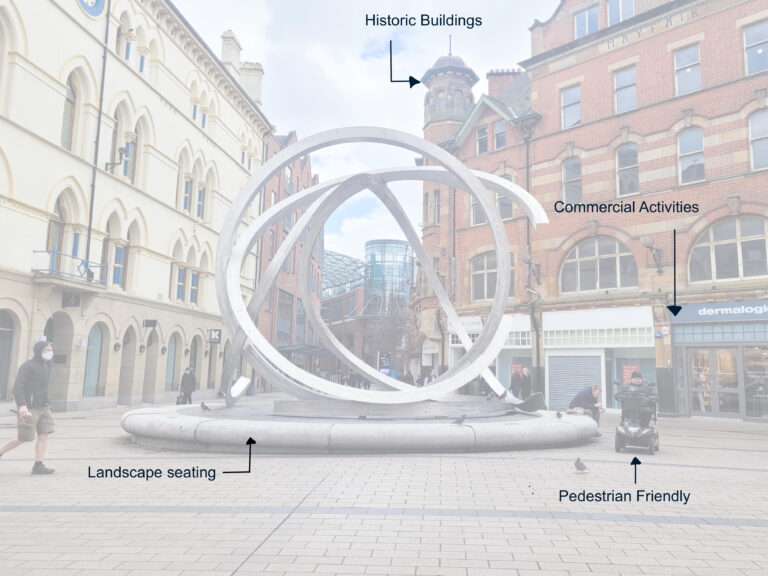 The above image, Victoria Square, Belfast, depicts the example of urban square where the buildings form the background, the sculpture is the focal point offering landscape seating, the paved area becomes the base giving attractive outdoor sit-out areas for cafés, restaurants and bars.