Conservation and Regeneration: How urban renewal should be carried out in Jinan`s commercial port area?

I have been studying urban design at Newcastle University for almost a month now and we are currently working on an interesting project: Culture and Creative Zone. In looking up information about it I learned that in a decade, Newcastle-Gateshead turned its image upside-down from a dusty place of social and economic decay to a fun-loving urban area that consistently features in the lists of the top 10 party cities in the world. This is all down to the culture-led urban regeneration strategies adopted by Newcastle. It reminds me of the commercial port area of my hometown, Jinan, a historic area that was once a great place but fell apart when the mainstay industries were withdrawn. The urban designers there have also tried to regenerate the city in terms of local culture and history, but with less than satisfactory results.

The commercial port area in past 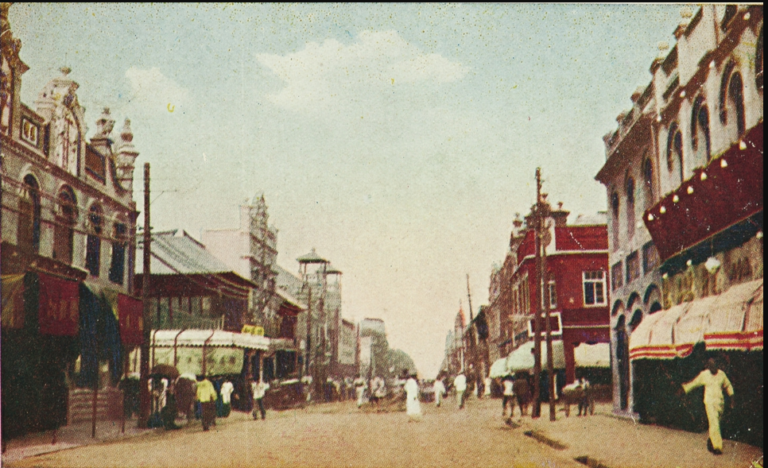 Founded in the 1900s, the commercial port area of Jinan has only witnessed the history of China’s opening up to the outside world and has been the core commercial area of Jinan in modern times. Foreign-style architecture is more common in the commercial district, with a variety of style types such as German, Japanese, and English. Although the area at the time of its establishment was very advanced and ahead of its time in terms of street planning, management methods, and construction techniques. Today, however, the commercial port area is gradually declining and many of the century-old shops are gradually moving out.（Fig1,The legend of Jinan’s old commercial district http://k.sina.com.cn/article_5328858693_13d9fee4502000lkyo.html）

The commercial port area at present

The current spatial situation in the area is characterized by the following problems. The first is that the commercial vitality of the district is not as strong as before, the infrastructure construction of the district is slow, and due to the shift of the economic centre of Jinan, the district has lost its competitiveness compared to the new cities where various facilities are being improved; the second is that the streets and alleys are disorganized and people are adding to the buildings at will, and the continuity of the architectural style is affected. The third is that the historical buildings are in a state of disrepair, with the structures of the buildings deteriorating and the building elements ageing, affecting the overall appearance of the city and the normal use of the residents; the fourth is that the greening rate in the area is insufficient and the service facilities are lacking, failing to meet the needs of the public.

The commercial port area in the vision 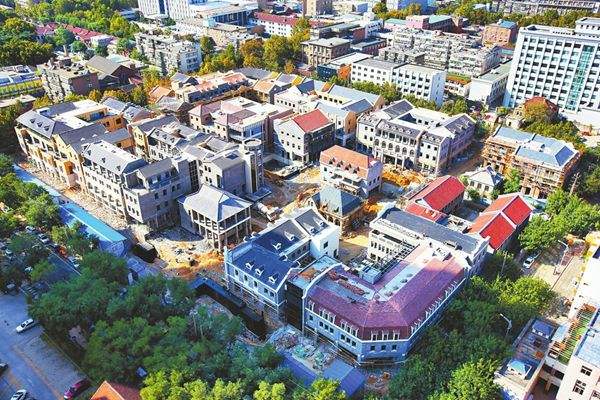 The first strategy is the conservation and restoration of historic buildings. The restoration of the façade of the buildings will continue the historical appearance of the whole neighbourhood. At the same time, the internal functions of the buildings will be improved and replaced, and cultural spaces such as exhibition halls and museums will be added. The second strategy is to sort out the street space. The second strategy is to sort out the streets and alleys, opening up cut-offs and enhancing accessibility. Use open spaces to create landscape vignettes, squares, and other characteristic display spaces to recreate historical scenes. The third item is to increase the infrastructure within the historic district and improve the living environment. The fourth is to create a cultural IP. introduce cultural and creative industries, encourage artists to move in and sell cultural and creative products related to the neighbourhood, etc. （Fig2, The rebirth of Jinan’s old commercial district. https://jn.news.fang.com/2015-10-13/17656347.htm）

The commercial port area in reality

The opposite is the case with cultural strategies. In fact, in the urban plan text for this area, the strategies for culture are placed in the last pages of the text, where they are more of a vase, showing that the plan is not so indifferent to culture and artistic ambiance. The situation on the ground is even worse: in the souvenir shops, not many people are willing to pay for uneconomical cultural products, and the art studios that are housed there soon close down. The planners’ attempts to highlight their focus on culture fell flat, and the neighbourhood now has a Starbucks and a McDonald’s, but the local cultural and historical context has become thin.

As a student of urban design, I can easily point out the problems with this design: the failure to filter out cultural and creative industries that are relevant to the area, and instead bringing in all of them in one fell swoop; the failure to consider the spatial connections between the area and other cultural facilities in the city, etc. It is always easy to point out the problems, but difficult to solve them. I hope I can learn enough in the coming year to one day deliver my own answer to this historic business district in my hometown.

[2] Zhang Xin, Ren Yunying. A study on the spatial revitalization of modern architectural heritage under the narrative theory–Jinan’s commercial district as an example [J]. Urban Architecture, 2021, 18(29):3.

One response to “Conservation and Regeneration: How urban renewal should be carried out in Jinan`s commercial port area?”