DESIGN OF NEIGHBOURHOODS An Incredibly Easy Method That Works For All.

The concepts discussed at the seminar on neighbourhood design are, in my opinion, thorough and comprehensive. Ali posed a question at the beginning of the seminar, “What if you are designing a neighbourhood from scratch?”. In my view, designing is dependent on numerous factors like Context, Identity, Built-Form, Movement, Nature, etc., therefore there are numerous ways to respond to this issue, all of which are both accurate and erroneous at the same time. As the session went on, Ali covered some important principles that should be considered when creating a neighbourhood. These crucial components assisted me in understanding the seminar’s goal, which was to establish a liveable neighbourhood.

Ali’s key points in developing a city and making it liveable are:

The design has always been a key element of urban planning and it is the one that has undergone the most change. The concept of designing neighbourhoods is not new, but it is now being used in many different ways.

Designing a neighbourhood means creating an area with a specific type of character and identity. It could be done by designing the buildings, streets, parks or public spaces to create an atmosphere that will attract certain types of people and businesses. Designing a neighbourhood can also mean designing all these elements together so they work well together to create an environment that people would want to live in.

The main features of design neighbourhoods are:

– Clustering: Creating areas where people or businesses with similar needs can cluster together.

– Centers: Creating focal points for different uses within the neighbourhood.

– Open space design: Creating open space within the neighbourhood for people to use

– Accessibility test:  Access to facilities at the centre of neighbourhood odds and towns tested by walkable catchment.

– Street blocks: Design blocks of 70- 120 m by 120-220 m Balance permeability with the provision of developable land Public and private separation by perimeter block.

– Density and mixture of use: Highest density and greatest mixture along major streets, towards the centre and railway stations Medium density residential around parks Larger users at the edge. 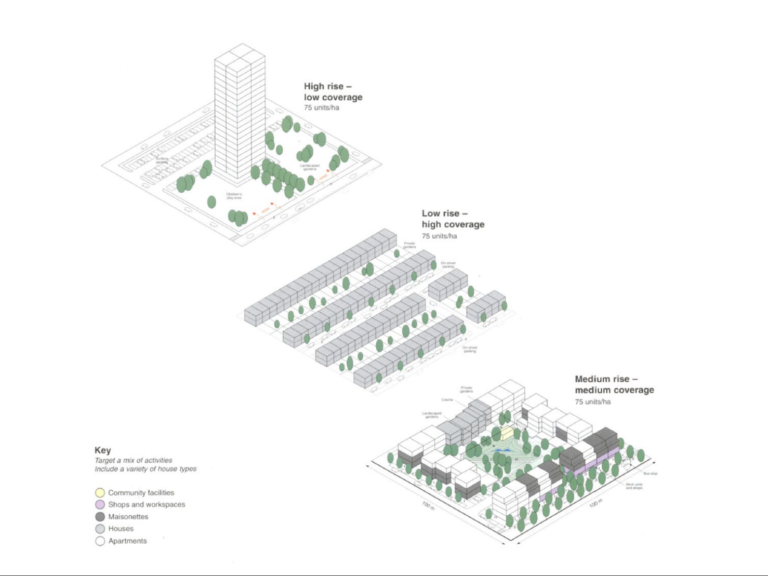 In this section, Ali considers the neighbourhood as a social environment and physical setting. Ali believes that compact communities, urban villages, and small towns are the best options. The idea of a cohesive environment where people of all ages know one another is prevalent; if you look to the past, you can use it to argue for the need to design cities. However, in reality, a society like Britain cannot recapture the cohesion of its communities of 200 years ago, because it is a modern society. The civilization is far less cohesive and much more mobile

3 responses to “DESIGN OF NEIGHBOURHOODS An Incredibly Easy Method That Works For All.”