There is a wall in the Chinese neighborhood

I have always believed that a significant responsibility of urban design is to improve people’s experience and living environment. Because humans build cities, the ultimate purpose of cities is to serve humans, and improving people’s experiences can improve people’s mental states. A good environment can improve people’s physiological state. Only in this way can the city become a beautiful place with both form and spirit. The closest living environment to everyone is the neighborhood. In the UK, planning scholars have long noticed the importance of neighborhoods. This semester, I also read this aspect’s detailed and marvelous guidance of British design. In 2016, China once wanted to push down the walls of neighboring communities, but many people opposed it. In this blog, I will discuss why Chinese people always have an invisible “wall” in their hearts.

The continuation of the concept of wall in Chinese culture

I think this “wall” comes from the Chinese people’s habits and philosophies. In ancient Chinese philosophy, it is unanimously believed that “the sky is round and the earth is square.” 【1】Therefore, ancient Chinese planners made the city as square as possible when designing the city. This behavior is not only a response to etiquette but also convenient for the ruler to manage. In terms of urban structure, ancient Chinese cities had outer and inner walls. The function of the outer wall is to resist foreign enemies, while the function of the inner wall is to distinguish the noble from the humble, separating the royal family from the ordinary people【2】. Therefore, the long-standing planning form in China makes the wall a symbol of authority in the minds of the Chinese people. 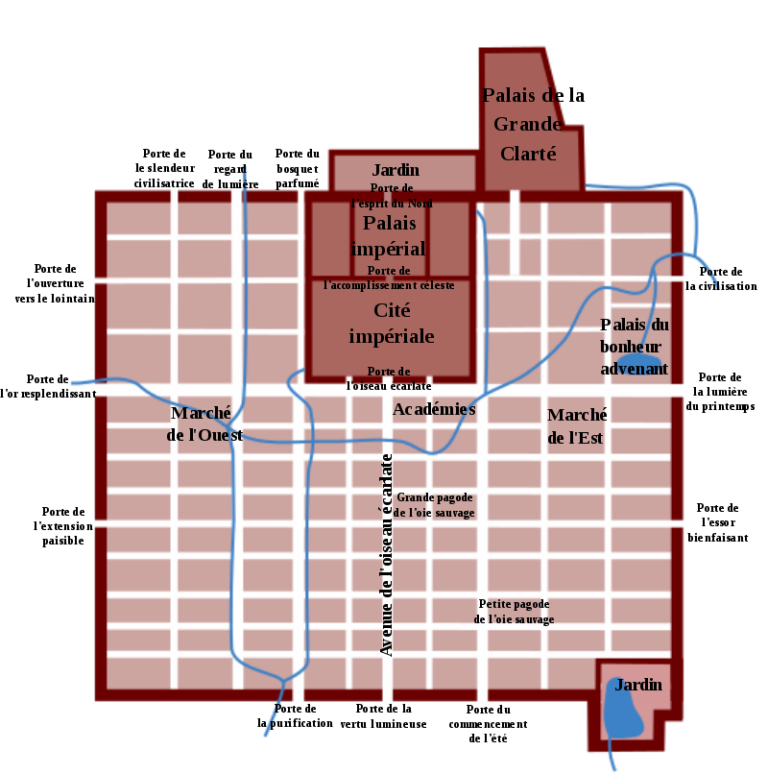 In a micro sense, from a family and a community perspective. China followed the Lifang system until the Song Dynasty【3】. For the needs of law and order and the military market, the residential areas in the city are separated by short walls of “squares” to manage the entry and exit of personnel and materials. The residential area is cut into small squares like a chessboard, and residents live in such small courts. The boundaries of these small communities form a large-scale “wall” on the periphery, narrowing down to a courtyard wall for each household. These walls provide a safe and private environment. It is a sanctuary for everyone under the ancient thinking of emphasizing agriculture and suppressing commerce. On a micro level, the wall becomes a symbol of the self.

After New China’s founding, the combination of work and residence was implemented in most cities to implement urban transformation comprehensively. This means that the Chinese neighborhood model then became the staff dormitory in the workplace【4】, which made the composition of the neighbors simpler and the walls between households disappeared, but the outsiders are not allowed to enter the unit. The famous Chinese writer Shen Congwen mentioned in the novel “Border Town” that people inside the wall always want to go out, while people outside the wall always want to go in【5】. However, he needed to think about how to remove the wall. The concept of the wall has never disappeared in Chinese history, but its scope is constantly changing.

A courtyard model that combines work units and residential life【3】

Reason for pushing against the wall

In modern times,  the primary goal is to increase the density of the road network. Taking Beijing and Tokyo as examples, the road network density in Tokyo is 6.43 times【6】 that of Beijing. This is because there are too many walls in the courtyards of Chinese cities. This has turned many urban roads into internal roads, and traffic problems naturally arise.
The policy of tearing down the walls of the community has destroyed the authority and self in the hearts of the Chinese people. They worry about losing control of their neighborhood and their privacy and security.

It seems to me that there is also a solution to this dilemma, but it needs the cooperation of real estate developers and planning departments. That is to plan which parts can be opened to the outside world and which are private at the beginning of real estate development. There are many green spaces in Chinese communities so we can choose the green spaces as part of the urban public, but the residence is still a private territory. When the residents pay the fee, they can avoid the cost of maintaining their personal green space and let the government bear it. Then gradually, there will be a transition to the ideal state.

The envisaged open community after knocking the wall down【4】

Space has always been the shaping of the world by power. No matter how good the seed is, it will not bear fruit without suitable soil. We all need to understand a people’s history and philosophy when building our neighborhood.

【2】Space and Power: Political and Cultural Connotations of Urban Form and Spatial Structure in Ancient China  by Qi Lu and Jian Ma  https://core.ac.uk/reader/41451440

2 responses to ““Wall“ in Chinese Neighborhood”